Music has several effects on people, depending on the type of music it can either create a feel of happiness, joy or a calming effect. It has the power to alter the listener’s behaviour and mood, while it also has an effect on our physical bodies, as proven by research and several studies. Music was used in ancient times to communicate with spirits, it’s been used in several cases to boost the process of healing, while music is one of the main tools in therapy. It is used to soothe the soul and calm the mind and music is considered both in science and art as well as something that can hugely increase the quality of life.

The Origin of Music used in Meditation 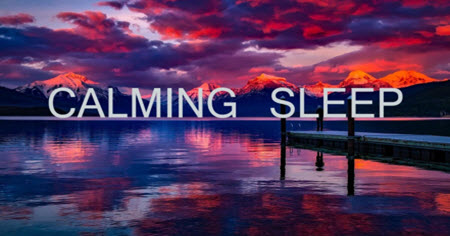 Music used for meditation purposed can be traced back to ancient civilization and was used by indigenous cultures such as the shamans to put the follower in a trance-like-state, to worship their gods or to reach a state of religious ecstasy. Healers and shamans also use hymns and chants to perform magic and healing, while Christians used it to uplift the spirit and to worship and praise through song. In the holy temple, monks can always be heard chanting and singing soothing hymns, which creates an atmosphere of peacefulness in their temples. Every feast and celebration in medieval times were celebrated via song and music. In the early days, meditation music was used in several forms and ways as it was seen as a form of magic.

Meditation Music and How it Works

Music is created in different frequencies and these can influence the human brain according to studies. As we listen to music our brains mimic the frequency heard, different wavelengths and frequencies have different effects on the listener’s consciousness. If you listening to soothing sounds it makes you feel relaxed, loud or wild music alerts the body and the human brain picks up on the beat. Meditation music assists individuals to relax and focus, while it also offers a variety of other benefits.

The Benefits of Enjoying Meditation Music

The long list of benefits offered by meditation music includes lowering of stress levels and therefore it is often used to help people that are tense from overworking or those suffering from anxiety. People working in an environment where meditation or relaxing music is played experience higher levels of productivity, which is further enhanced by sleeping while meditation music plays in the background, according to studies published in the Circulation journal. Music has the power to soothe the mind and the body and meditation sounds are designed to bring calmness and peace to the mind, body and soul, which is one of the main reasons it is also played in spas and during therapy. Treatments including physiotherapy, chiropractic and acupuncture also use meditation music in the background to increase the efficacy of the treatment.